What is a MOSFET Airsoft – Detailed Answer

A MOSFET is an electronic gate between the trigger and motor in a gearbox. Its job is to preserve the trigger contacts in your AEG. This electronic device is most commonly used in the design and construction of integrated circuits. Stick with us if you are one of those asking what is a MOSFET airsoft.

What are the Types of MOSFET Airsoft?

The different types of MOSFET airsoft in the market include:

The nukefet MOSFETs are minimal, effective and cheap. They have a lot of features that are easy to understand and operate. Because of their convenience, many airsoft players go for the option of building their airsoft MOSFET.

The nuckefets offer great protection for your trigger contacts, but unfortunately, they cannot control fire. However, if you do not need any custom-built controller, the nuckefets MOSFETs are great for your automatic electric gun.

All MOSFETs require their own special wiring that will cause the MOSFET to conduct electricity. Without the wiring, the MOSFET does not really do any work. A plug-and-play MOSFET is designed to fit in between the AEG battery and wiring. It does not require rewiring or reconstruction of any sort. Without rewiring the MOSFET into the AEG, the MOSFET will not work.

The voltage from the battery will still pass through the contacts of the trigger, and arcing will occur. A plug-and-play MOSFET is definitely a poor imitation MOSFET. However, if you are searching for ways to increase the airsoft gun’s burst fire, then the plug-and-play MOSFET might just be the one for you.

Undoubtedly, these types of airsoft MOSFETs are the most expensive and most popular airsoft MOSFETs. Their job is to supplant the contacts of the trigger with Optical sensors or micro switches, which will ultimately change the way the trigger switch feels in your fingers. Invariably, the trigger will feel shorter and lighter compared to other conventional trigger contacts.

Also, they have additional functional features that other MOSFETs do not possess. The drop-in trigger system offers cycle or circuit completion; It gives you the liberty to change the gun’s setting through Bluetooth and improve the feel of your trigger. When you weigh the functionality of this MOSFET, you would agree that it is a great option.

One major drawback to this MOSFET is compatibility. This MOSFET is not compatible with any airsoft gun that uses gearboxes outside the typical V3(AK) or V2(M4) gearboxes. Moreover, you will have to buy a MOSFET for each airsoft gun you desire to use.

Immediately the MOSFET is plugged into the display system. The MOSFET turns on and a list of programmable options will be displayed. So, all you need to do is click on the desired option and set it to suit your preference.

Once the options are activated, you can set your AEG. Some of the options include the pre-cocking, active brake and smart trigger. This MOSFET is a high upgrade when compared to other MOSFETs. 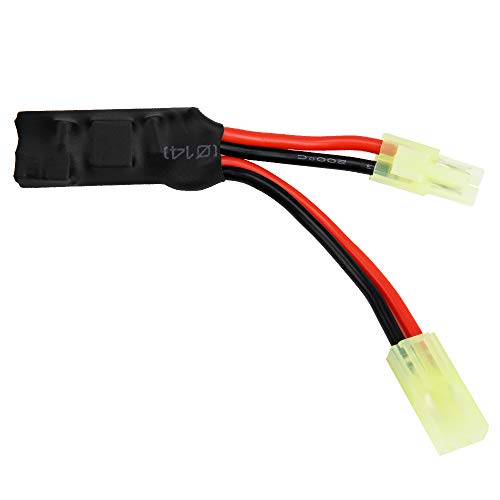 How Does a MOSFET Unit Work in an Airsoft Gun?

MOSFET acts as an electronic switch that closes the circuit electronically. The trigger switch is still used to activate fire in a MOSFET airsoft gun, as very high current begins to flow from the battery of an airsoft gun to the MOSFET.

In essence, MOSFET conducts electricity and only the MOSFET is activated. The MOSFET serves as a conducting link such that the trigger contacts do not get to conduct any electricity at all.

However, it is essential to note that arcing is mostly associated with airsoft guns or semi-automatic settings. Full automatic airsoft guns hardly experience arcing.

Many Airsoft MOSFETs come with extra features and functions, and technically, a MOSFET is just a particular component in the entire circuitry. Some other components and programming manage all the other features. However, any airsoft gun with a MOSFET circuit board or MOSFET unit is generally referred to as a MOSFET.

The entire construction is affected by the oxidation of the insulating material, basically silicon. Since the gate is shielded, the voltage of the gate determines the conductivity of the entire device.

The device is suitable for switching and amplifying electronic signals because of its ability to alter conductivity in correspondence with the applied voltage. This is especially helpful for electronic devices that do not require a high voltage for their operation. You can get this device in any electronic store around you at an affordable price.

Typically, an airsoft gun with a high discharge battery will experience arcing. Arcing is caused by the disconnection that occurs after the trigger has been pulled land.

The contacts lose connection with each other. The battery then goes from one trail of contact to another trail of contact. This causes little electrical sparks, and this can cause heat and carbon build-up.

Over time, it was realized that arcing affected the performance of an airsoft player. Still, it also poses dangerous threats to the battery. Since the MOSFET can serve as a conducting bridge between the battery and the gearbox’s motor, the MOSFET airsoft was introduced. 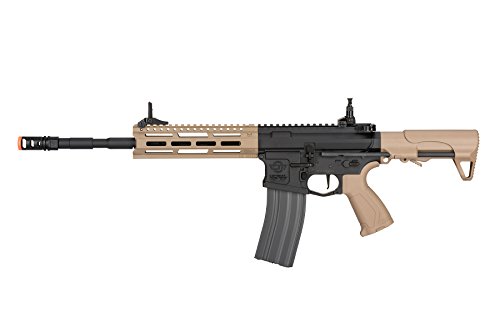 Why is MOSFET Airsoft So Big?

Considering the roles MOSFET airsoft play in preserving battery life and trigger contacts, it is not a surprise that they are quite large. The airsoft MOSFET is built with several other components that are either protecting the MOSFET itself from overvoltage or offering extra features and settings like active braking, control for the rate of fire, and discharge protection for batteries.

A few years ago, many airsoft players had little or no idea about MOSFETs. The issue was there were very little high discharge batteries on the market. The standard airsoft battery being the NiMH (Nickel-metal hybrid) was quite easy and convenient to use, and there were minimal cases of arcing.

As time went on, the LiPo (lithium polymer) batteries gained popularity and broke ground in the airsoft industry. Since these batteries were relatively lighter and stored about the same energy in correspondence to their capacity than NiMH batteries, airsoft players made their way to the comforting arms of this newfound batteries.

It was discovered that the LiPo batteries not only stored more energy, but the power output was also higher in quantity and quality. Their discharge rate was steady in comparison to the NiMH batteries.

However, there was a drawback. A significant drawback to high discharge batteries is the arcing they experience. Basically, each time the trigger of the gun is pulled, the gearbox’s motor draws power that the trigger contact cannot withstand. Unavoidably, this will disrupt the connection between the trigger contacts.

When a MOSFET is wired into an electric gun, the MOSFET will send electronic signals between the gearbox’s motor and trigger without an energy flow. This will drastically reduce contact and arcing in the gun. This is because all the current that would have caused harm to the contacts will go directly to the gearbox’s motor.

Overall, the contacts of the trigger are protected and the circuit’s resistance is reduced. Consequently, this will result in rapid-fire and better trigger response.

Video: How to Set Up MOSFET Airsoft?

To install MOSFET on AEG airsoft guns, check out this video…

Why is MOSFET Airsoft Important?

A MOSFET is an essential part of an AEG because it improves the general performance and ensures that the trigger contacts are safe. Because a MOSFET unit is attached to the airsoft gun, there would be no need to disengage the gearbox to clean the trigger contacts. Ultimately, time and energy are conserved.

The trigger contacts in an airsoft gun have high resistance and this resistance disrupts the flow of current to the gearbox’s motor. Since the MOSFET has very low resistance, current flows more freely than it would in an ordinary AEG. Consequently, the rate-of-fire is improved, and the trigger response is quickened.

There is minimal risk of damage to the trigger contacts; after all, the MOSFET only needs to be triggered with very little current.

Extra functional features accompany some airsoft MOSFETs. The programmable MOSFETs give you a wide variety of features that will help you to set your airsoft gun to perform better. 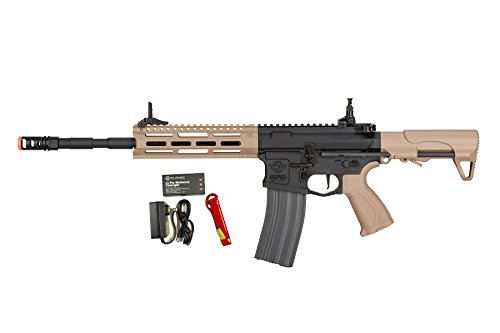 What are the Drawbacks of MOSFET Airsoft Units?

The major drawback of MOSFET is that there are low-quality MOSFET airsoft units in the market, which will damage an AEG motor over time.

Since the gearbox’s motor possesses high power and inductance, an unprotected MOSFET will get damaged and cause a short circuit in the process. The worst-case scenario is that the AEG may go up in flames.

Therefore, we recommend you go for high-quality airsoft MOSFETs that have a tactical waterproofing feature. Also, you can purchase airsoft guns with in-built airsoft MOSFETs. This will save you the time and energy associated with attaching and rewiring an external MOSFET.

Check out these articles from our previous posts…

MOSFET airsoft helps to preserve the trigger contacts of your automatic electric airsoft guns. Just as you must have noticed, there are different types of MOSFET airsoft, so try not to confuse one for the other.

The great thing about MOSFET airsoft is that it poses little threat to your trigger contacts, and you don’t have to disengage its gearbox when cleaning.

What is a MOSFET Airsoft – Related FAQs

What Causes MOSFETs to Burn?

MOSFETs can get burnt if the current or voltage flowing through the MOSFETs’ channel is higher than the maximum current or voltage the MOSFET can carry. MOSFETs have three channels named source, drain, and gate. The drain and gate channels are assigned with maximum operating current and voltages, as well as a power limit.

The basic values for the maximum limit of these parameters are usually within a safe operating area and other thermic limits like temperature can apply.

What is MOSFET Used for?

MOSFETs are used as electronic gates between a gearbox motor and the trigger. Their job is to protect the trigger unit in an AEG from arching. The MOSFET does this when it regulates the current going from the gun’s battery into the trigger unit.

When the trigger of a gun is pulled, the gun experiences full contact and it automatically cycles. The MOSFET makes sure that no bullet is released until the electronic circuit in it is complete and firm, and this drastically minimizes carbon build-up on the trigger contacts.

The batteries would normally slow down as the power reduces, at this stage, it is better to shoot in the semi-automatic mode.

Are Electric Airsoft Pistols Any Good?

Some expensive electric pistols can compete with airsoft rifles and these airsoft pistols are usually a smart choice especially for airsoft players in the United Kingdom.

Electric guns can last up to three to four hours depending on the number of BBs that are shot and the number of burst shorts that are done. The general rule of thumb is that a BB is equal to 1mAh, however, this can change based on a variety of factors like ambient temperature, upgrades, amp rating, and so on.

Airsoft players are advised to get more than one airsoft battery and a smart charger to go along with. This way, they do not have to worry about running out of power.

What Happens if You Overcharge an Airsoft Battery?

We have affiliate relationships with the providers (Amazon, Clickbank, etc) of the products, goods and services that are linked to on this page and may be compensated when you buy. But do note that it doesn't increase the cost of the products to you in any way or determine our verdict on a product/service.